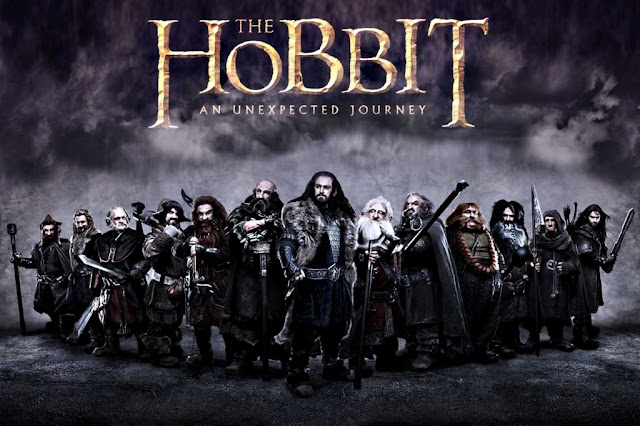 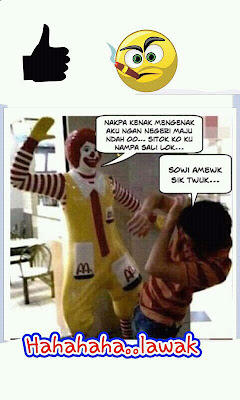 Posted by Mandee HjQu at 8:35 AM No comments: 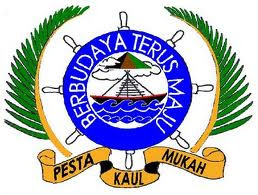 The best-known festival celebrated by the Melanaus is the Kaul Festival (Pesta Kaul). Originating from the animistic beliefs traditionally held by the Melanaus, the Pesta Kaul is held annually, usually in March or early April, as a purification and thanksgiving to appease the spirits of the sea, land, forests and farm.

Today, however, the Pesta Kaul is celebrated more as a cultural festival, rather than a religious one. One of the highlights of this festival is the tibau Ã¢â‚¬â€œ a traditional giant swing sometimes 20-feet high, from which youths would dive down to catch a swinging rope. There are also performances of traditional dance such as the alu alu and display of martial art performances. 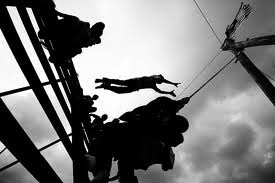 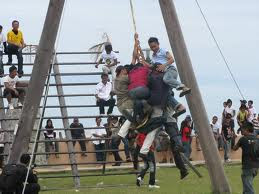 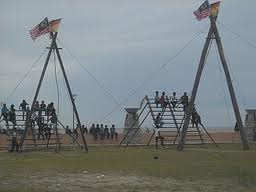 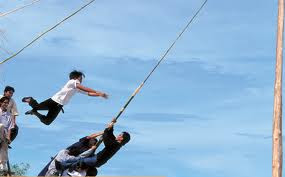 Posted by Mandee HjQu at 7:38 PM No comments: 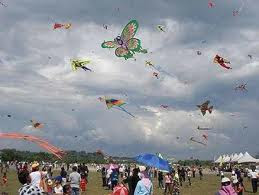 Bintulu is the fourth largest town in Sarawak, after Kuching city, Miri city and Sibu town. Its current population stands at 209,800.[8] The ethnic composition is primarily Iban, Chinese, Melanau, Kayan, Kenyah, Punan and Segaan who was the local native, and a large number of foreign workers mainly from Norway, Britain, Australia, Italy and Indonesia with a population of over 180,000 covering an area of about 12,500 square kilometers.
However the number of voters in Bintulu is still low. During last March 8, 2008 Malaysia General Election, Bintulu has only about 50,243 registered voters against its total population of more than 180,000.[9] Ibans make up the largest number of voters of 46 percent, followed by the Chinese voters (29 percent), the oddly classified Malay/Melanaus voters (22 percent) and others (which include Punan, Penan and Kayan) make up 3 percent of the voters. 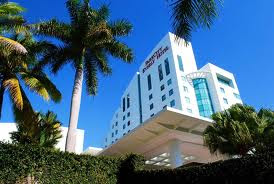 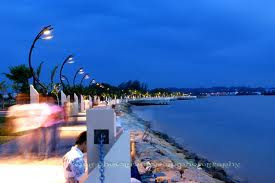 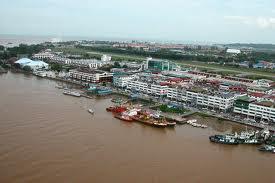 The history of Bintulu stretched back to 40,000 years ago with the discovery of artifacts found in the Great Niah Caves, some 120 km to the North of Bintulu where civilization started. There were also indications of early trade carried out with ancient China.
Bintulu was once under the rule of the Brunei Sultanate. However, in 1841, Sarawak was ceded to Sir James Brooke, an English adventurer who then became the First Rajah of Sarawak. In 1861, Bintulu, which was still part of Brunei, was also ceded to the Rajah and became part of Sarawak.
Thereafter Bintulu played a very significant role in the history of democracy in Sarawak. On September 8, 1867, it became the first meeting place of the State Legislative Assembly, the Council Negeri.
The Brooke family had ruled Sarawak for about 100 years before it was occupied by the Japanese from 1941 to 1945. When Charles Vyner Brooke, the Rajah, returned to Sarawak in 1946, he took steps to hand Sarawak over to Britain. Thus in July, 1946, Sarawak became a British Crown Colony. Colonial rule lasted until July 22, 1963 and then on September 16, 1963 Sarawak joined the Federation of Malaysia.
Following the discovery of large reserves of natural gas offshore Bintulu in 1969, a feasibility study conducted in 1975 found in nearby Tanjung Kidurong a suitable site for Sarawak's first deep-water port.[7]
Realising the industrial potential in Bintulu, the Bintulu Development Authority (BDA) was established in 1978 by the State Government to undertake infrastructure development as well as to coordinate and promote industrial investment in the area.
From 1979 onwards, Bintulu has witnessed unprecedented industrial development that looks set to continue beyond the year 2000. Already, Bintulu is Sarawak's leading industrial growth centre. Bintulu is the deepest draft port in Malaysia.

Posted by Mandee HjQu at 4:45 PM No comments: 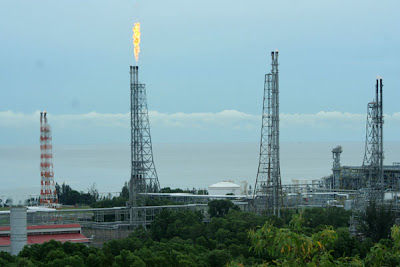 Bintulu Development Authority (BDA) General Manager Datuk Mohidin Ishak said today that other industries had discovered Bintulu and are setting up home here.
“For the last 30 years, the oil and gas industry made up the greater part of Bintulu’s development, catapulting Bintulu’s gross domestic product (GDP) growth to seven percent, surpassing Sarawak’s at five to six percent,” he told Bernama.
Bintulu’s most recent investors included Japan’s Tokuyama Corporation with RM6.5 billion for two polycrystalline silicon plants, Press Metal Berhad with a US$1.6 billion aluminium smelting plant, Hong Kong-based Asia Minerals with US$200 million manganese ore processing plants at the new industrial park at Samalaju, in the Similajau coastal headland.
He said 10 of the 17 new investors had commenced earthwork preparations or actual construction while the new deepwater port at Samalaju would cater to the activities of the aluminium and manganese smelting plants taking shape in the new industrial park.
Posted by Mandee HjQu at 4:31 PM No comments: